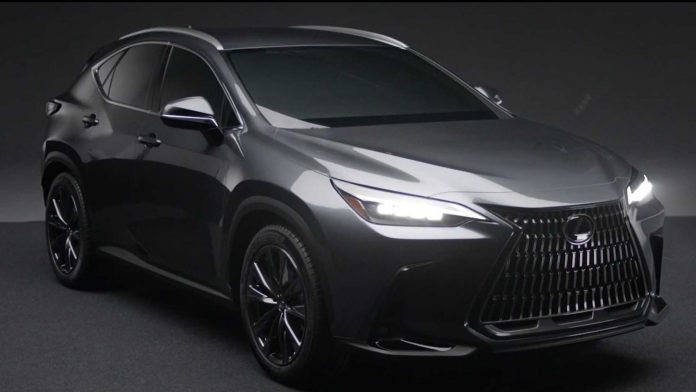 It was about a month ago when the new Lexus NX was seen testing for the first time, and to our surprise, the concealment is all gone by now. Someone accidentally published what the vehicle looks like in an official video of the luxury crossover on YouTube, revealing the 2022 Lexus NX in full. But the bad news is that the video is no longer available on YouTube.

The leakage of the image or video might have originated from Europe, and it shows that the NX 200, presumably the entry-level variant. Ridiculously, the end of the video says “NX 350h” before citing an upcoming 450h+ version with a plug-in hybrid powertrain. All that really matters now is that the styling and design of the 2022 Lexus NX have now been leaked in full.

The exterior appearance is not as great as the current model, but there are some particular changes worth mentioning. The LED daytime running lights are now unified into the main headlights to allow a cleaner look of the front end.

The interior design of the 2022 Lexus NX has a significantly renovated appearance. It let go of the much-criticized touchpad and comes with a large infotainment touchscreen. There are separate standard controls for the dual-zone climate settings, along with a revolving knob for the driving modes. It is also noticed that it has a huge sized wireless charging pad, a fully digital driver’s display, a more compact gear lever, a head-up display, new switchgear.

Curiously, even though the exterior logo clearly says NX 200, we but notice there’s an Electric vehicle (EV) mode button between the seats, so maybe this is the NX 350h after all as said at the end of the video.  With the new 2022 Lexus NX expected for the 2022 model year, the world premiere could take place in the next coming months. Perhaps Lexus will move the premiere forward since the images of the vehicle have already been leaked

Get the latest automobile news, reviews, and updates from our HOME PAGE. Thanks!.