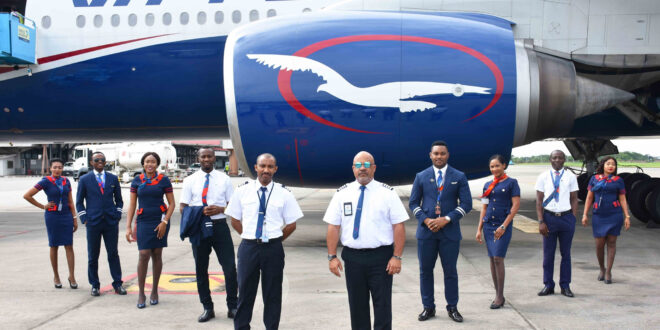 The second delivery was delivered at the Nnamdi Azikiwe International Airport (NAIA), Abuja, around noon last week Thursday. It was a blissful atmosphere a ceremonial water cannon was performed by the firefighting officials of the Federal Airports Authority of Nigeria (FAAN) when the aircraft got to the airport.

The Chief Executive Officer of Air Peace, Mr. Allen Onyema, said that with the arrival of the brand new aircraft, the airline would eliminate old planes in its fleet. But he also said that the airline’s order for the 10 Boeing Max 737 planes is still in place, saying that the order hasn’t and would not be canceled.

He also added by saying “With the arrival of brand new aircraft, we might be staging out any aging Boeing Aircraft in our fleet but we are not phasing out Boeing. Don’t forget we still have an order of about 10 Boeing 737 Max. Our orders are still intact. We are not calling off or abandoning the orders.

Mr. Allen Onyema added: “What we are witnessing presently is the power of a vision. When the airline started back in 2014, we knew that before 2017, we would start receiving the 777 jets. And when the time came, we became the first-ever airline in the country, Nigeria to obtain the Boeing 777.