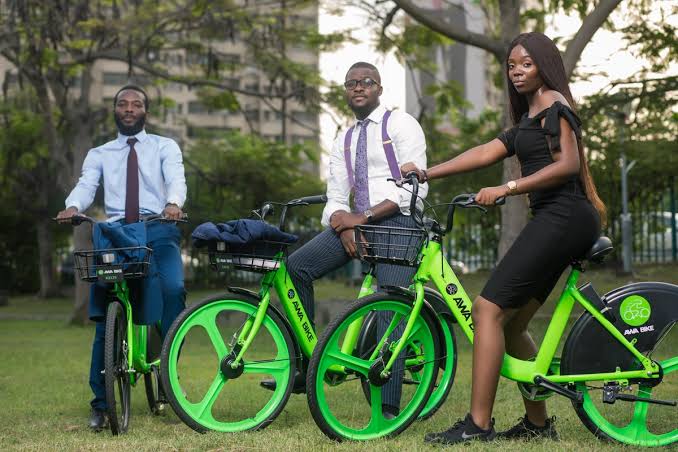 The recent okada ban in Lagos has left many Lagosians stranded on their way to work. It is no longer a fresh news that the Lagos state government has passed the bill into law to place a ban on commercial motorcycles “okada’’, and tricycles from operating in some specified areas and high ways across the state.

The okada ban in Lagos took effect on Saturday, February 1, 2020. As the days go by, the ban consequence takes drastic effect on the movement of many Lagosian, leaving people without car to trek a long distance before getting a commercial vehicle. Generally, the commercial vehicle owners already hiking the fares to take advantage of the ban effect, and commuters are already trying to cope with hiked fares and hardship that comes with the policy.

Bicycle-Sharing as an Alternative to Okada Ban in Lagos

One of the essential roles of commercial okada and tricycles across the metropolis, was to be used as inter-street and last mile transportation means within the locality. Considering the inter street transportation gap, the bicycle-sharing platforms seek to fill the gap, and commuters can easily get around the street in a secured and sustainable way as opposed to trekking long distance.

In the early days of transport sector innovation. There are platforms that allows neighboring commuters to join private car owners in their neighborhood going the same route with seats to spare. Car owners sign up and list their car on the platform and passengers as well sign up on the platform. Car owners get to specify their location and destination. Other users around the car owner’s neighborhood will be paired to join the car owner at an agreed fair rate.

Lagos is naturally blessed with large body of water. Considering that advantage, the Lagos State Ferry Service “LAGFERRY” are already on top of their game to diversify traffic management via water ways transport. Commuting through water ways has a great advantage to tackling the obvious inadequate transport management system in Lagos state.

Also, the Lagos state government is currently working to launch some mini-buses that will fill the gap of okada and tricycles, but they are still yet to do so.

Generally, the above alternatives to okada ban in Lagos will still not be sufficient to ease the hardship that comes with the ban. However, the alternatives may ease the daily struggles of some commuters who had no option than to trek.