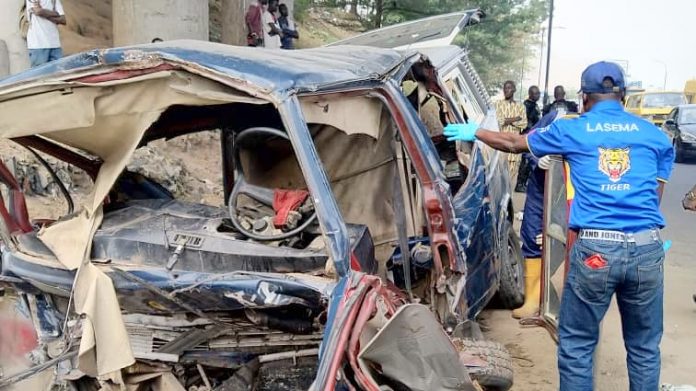 A representative of the FRSC Sector Commander, the person of Mr. Joel Dagwa reported that the incident happened on Tuesday 14th of January 2020. The auto crash involves an unregistered truck fully loaded with 46 people, 37 cows and 10 goats.

He said that 46 people were involved in the crash, but that eight died, while 17 sustained various degrees of injury and were rushed to Cottage Hospital, Kagara, for treatment.

The FRSC Sector Commander said 8 out of the 46 people were confirmed dead on the spot, and the corpses were deposited at Kagara Cottage Hospital. The injured victims were also rushed to the same hospital for emergency treatment.

The auto crash incident occurred as a result of the people passing through undue stress and overloading. Its so sad to hear that, humans, cows and goats are been transported on the same truck.

The FRSC Commander also affirmed that the corps would continue to monitor motorist to guard against dangerous driving and overloading in all the major roads in the state.

One Dead in Lagos Auto Crash

The Lagos State Emergency Management Agency know as LASEMA reported an auto crash in Ogudu axis ‘underbridge’ on Tuesday 14th of January. The representative of LASEMA, Mr. Nisa Okunbor reported to have rescued 12 victims of the auto crash, while one passenger was confirmed died on the crash spot.

“Investigations conducted by the team revealed that the bus lost control while on speed and as a result, rammed into the culvert at the incident scene killing one and injuring others.

The auto crash was reported to have involved a commercial bus, popularly known as Faragon, with the number “GGE-845XQ’’. The bus was fully loaded with passengers, when the ugly incident occurred, bus was said to have lost its break control and rammed into a culvert by the road side.