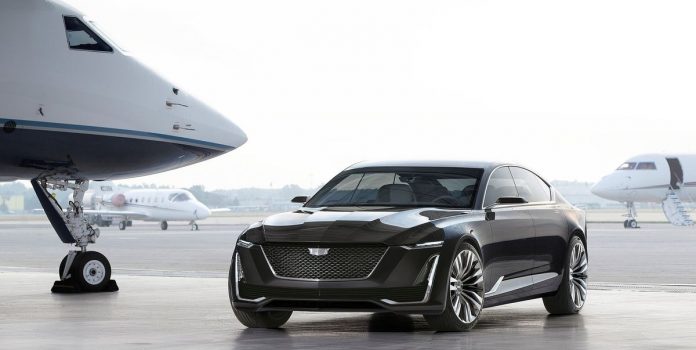 General Motors is enraged with its electrification, with several of its models either announced or revealed within the previous months. The Cadillac Celestiq is definitely one of those vehicles that are coming soon from General motors, and a recent report states a timeline for its launch.

According to Cadillac Society, the upcoming flagship electric Cadillac Celestiq sedan will be revealed in the summer of this year. It will likely be happening in July or August 2021.

On Cadillac’s CES presentation, the luxury trademark shared several nibbles of information about the nameplate, mostly on the features it will have. This little information shared includes a roof with four dimmable zones using suspended-particle-device smart glass, controlled through a control panel on the center console. A full-width digital display is also found, looking ready to take on Mercedes’ dash-spanning MBUX Hyperscreen found in the EQS.

As for the bottom, we all know that the hand-built Cadillac Celestiq will be using the BEV3 chassis on its flagship, along with the promoted Ultium battery platform that boasts over 400 miles of driving range.

As with the vehicle’s styling, you can get the design from the rendering we made that you see on top of this page. You can also parts of the exterior in the teaser images and screenshots taken above, showing a sharply designed electric vehicle sedan that resembles the Escala Concept from 2016 and the Cadillac Lyriq EV crossover.

If the rumors from Cadillac Society are true, we’ll be expecting to see the ready-made version of the Cadillac Celestiq flagship soon, but it won’t be out on sale yet. Recent reports declare that it will be on sale towards the end of 2023 or early 2024, so people interested in purchasing the $200,000 Electric sedan will have to exercise patience until then.