Home News CARS MADE IN AFRICA

Cars made in Africa are the most reliable and affordable cars in the world and they are mostly made for Africans, this article tells you more about the best cars manufactured in Africa.

Innocent Chukwuma, the owner of Innoson Motors was 25 years of age when he first established his first motorcycle manufacturing company in Nigerian and was named Innoson Motors. This happened in the year 1987 and over the years, cars created by Innoson motors have become one of the best cars made in Africa.

It runs a plant in Anambra which has been nicknamed ‘Pride of African Road.’ 70% of the car parts are produced locally, while the rest is sourced from Japan, China, and Germany. At the moment, Innoson Motors have been widely accepted in West African countries like Liberia, Sierra Leone, and Ghana.

Kantanka Automobile Company’s vehicles are cars made in Africa and they come in different colors and models such as the Kantanka SUV and the Kantanka pickup. The manufacturing plant is located in Gomoa Mpota within the central region of Ghana and it was created by the Ghanaian Apostle Kwadwo Safo.

Wallyscar was created in 2006 and manufactures an interesting range of small 4×4 vehicles that are mainly sold in Africa, Europe, and the Middle East.

It was founded by two brothers, Omar and Zeid Guiga with the aim of making the vehicles affordable, sporty, and stylish. They sell between 300-600 units a year at a price point of around €15,000 and are now planning to produce an electric version of their vehicles.

Nord Automobiles vehicles are cars made in Africa, they are Nigerian automaker with its headquarters in Lagos. Nord Automobiles was created out of the need for a made-in-Nigeria car brand. Its activities center on transporting quality aptitude in the worth chain, which includes the plan, sourcing, improvement and, administration of an extraordinary Nigerian marked car.

The Kiira EV Smack is an electric hybrid car created in Uganda by Kiira Motors Corporation (KMC). The brand was formed from an invention started by students and eventually gained the Ugandan government’s support.

Mobius Motors was created in Kenyan in the year 2011 by Joel Jackson. The first generation ever created was Mobius II which was officially launched in 2015 with the next-generation that was released in 2019. Mobius vehicles are built to oppose the African terrain and road transportation needs. 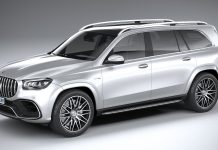