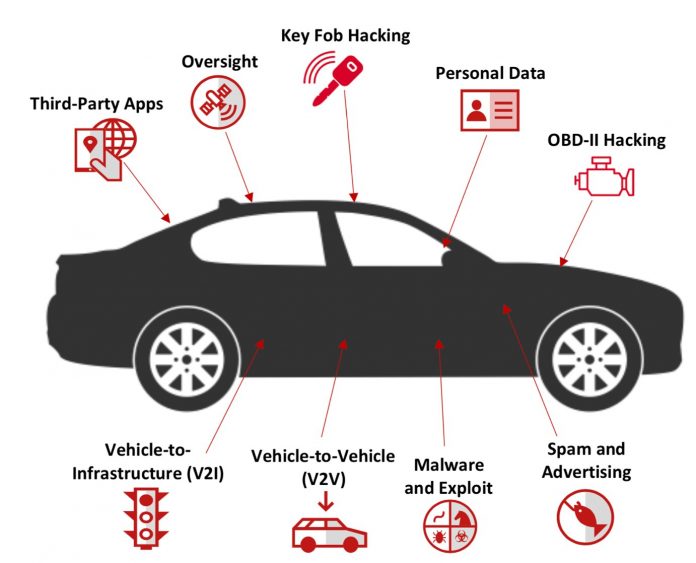 A security expert said the car ethical hacking devices such as key-less repeater technology is commonly known in the automobile industry.

At San Francisco, in USA: A hacker identified as “EvanConnect” has recently developed a new ethical hacking device which helps security agents break into any key-less luxury car that uses a wireless key fob operating system.

The video above shows him approaching an unattended white Sport Utility Vehicle which belongs to his friend who has already gave him permission to do so. Then he powered the small handheld device with an antenna to unlock the driver’s side door of the car and unlock the engine to start the car.

EvanConnect noted in an interview that his car hacking device works on all luxury vehicles except for those that use higher frequencies between 22 and 40 khz, such as Bentley, Rolls Royce, Porsche, Mercedes and Audi models released after 2014. He also added that there will be an upgraded version of the key-less car hacking device soon which will be sold for $12,000. The upgraded version will be able to unlock any car that uses a wireless fob operating system irrespective of the frequency and model.

Additionally, he noted that “Honestly I can tell you that I have not stolen a car with this ethical hacking technology, though it is very easy to do, but the way I see it, why would I get my hands dirty when I can make money just selling the tools to other people especially security agencies and brands,” he said.