Home News HYUNDAI IS NO LONGER WORKING WITH APPLE 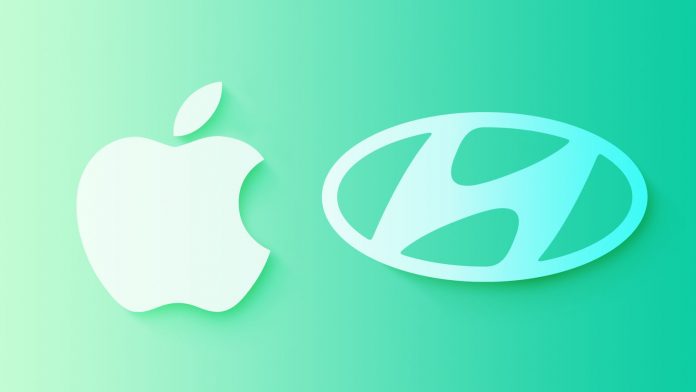 Hyundai Motor announced yesterday morning that it is no longer in talks with Apple to invent the technology company plan for an autonomous electric vehicle. After a month of negotiation between the two companies, it seems that the deal created a mix up within Hyundai’s executive ranks over concerns about the automaker becoming a builder of Apple products.

Hyundai also said in regulatory filings Monday they were in discussion with multiple companies about autonomous Electric Vehicles, but there were no decisions made yet. Shares of Hyundai, which said discussions with partners were in early stages, fell by 6.2%, while Kia slumped 15%.

Reports surrounding Apple’s possible charge into the global market for automobiles re-emerged recently after going quiet since development first started back in 2015. Apple has sought to keep its plans for Electric vehicles kept a secret, given the project’s potential to beat the industry, similar to how its iPhones have surprised the consumer-electronics market. There are now millions of design-awareness shoppers globally devoted to the tech giant.

According to different sources, the deal got disrupted on Apple being in control of both the software and hardware parts of the vehicle. In other words, it would not be a Hyundai with Apple technology but would instead be an Apple vehicle that is built by the Korean automaker in the United States under Apple’s orders. The vehicle is apparently said to be built without a driver’s seat or controls. Sources said that Apple wants an electric, autonomous vehicle to jump on the mobility trend.

This is the same problem that Apple and other hardware tech companies have had with manufacturers for the past decades. Hyundai has put out plans to boost Electric vehicle sales by 60% this year by launching new models based on its own dedicated platform.