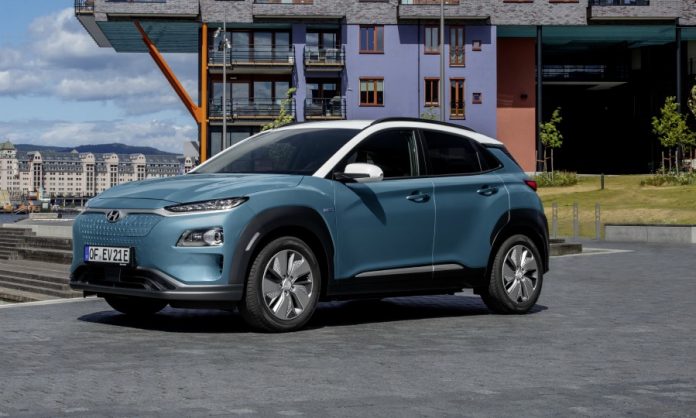 Hyundai said that approximately 55,000 vehicles outside of Korea have been affected by the battery problem so Hyundai recalls the vehicles but is still yet to conclude the recall with the National Highway Traffic Safety Administration. Information will be shared with dealers soon. Hyundai says the total cost that was calculated for the recall is around $900 million.

Both gasoline and electric vehicles are flammable. Regardless of its fluid or electrons, when any form of heat is found in a way not intended by engineers there will eventually be fire. Hyundai Kona Electric seems to have a problem with fires, and Hyundai recalls most of its Kona electric vehicles in South Korea but it still filing for a US recall. The main problem that everyone is concerned about now is that no one knows exactly what’s causing the combustion.

South Korea’s transport ministry and Hyundai have issued a recall of about 25,564 Hyundai Kona Electric vehicles in the country created between September 2017 and March 2020. Starting on October 16, the vehicles that have been selected for the recall will be inspected and have their software updated and battery packs replaced.

The recall is a proactive response to 13 unexplained Hyundai Kona Electric fires worldwide, including one in Canada, of more than 100,000 of the vehicles sold in the country. Neither Hyundai nor the maker of the battery cells, LG Chem have an answer to what is causing the fires. LG Chem says that both companies have carried out experiments to know what is causing the combustion but they are yet to re-create the scenario.

Hyundai said that it was in the process of filing for a voluntary recall with the U.S. National Highway Traffic Safety Administration (NHTSA) in the U.S. There are no ongoing recalls or investigations by the NHTSA in relation to the fire problem or battery packs. Other automobile companies such as Honda, Toyota, and Chrysler have also recently issued recalls concerning potential vehicle fires.