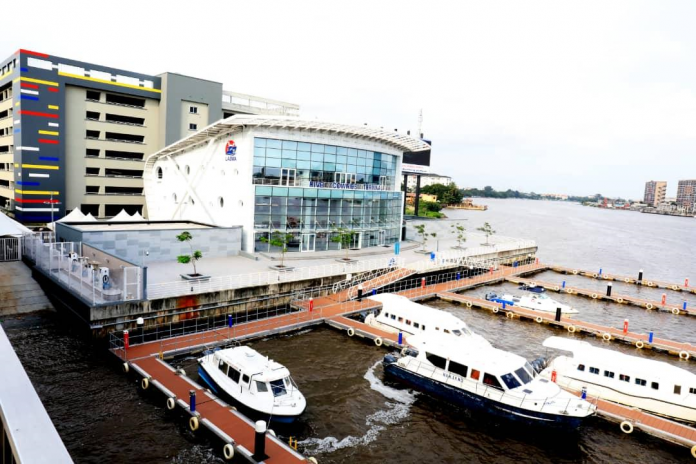 In a way to further ease the congestion of road traffic, the Lagos State government recently announced that the new Lagos Ferry Services (LAGFERRY) commercial operations on Lagos waterways. The Lagos ferry service is expected to convey a significant number of people up to 480,000 passengers on a daily basis and over 175 million passengers annually.

The Chief Executive Officer/ Managing Director of Lagos Ferry Service, Hon Ladi Balogun, disclosed this during the last weekend at a press briefing on the commercial launch of the operation LAGFERRY held at Bagauda Kaltho Press Center, Alausa, Ikeja Lagos.

The LAGFERRY Boss described the water transportation launch as a huge step towards the integration of inter-modal transportation in the metropolis, adding that it was an operational process that would allow technology play a big role in tackling Lagos traffic challenge, which had been on as far back as year 1999.

“Being a mega-city and emerging smart city in view, it is quite obvious that efficient traffic and transport management can best be experienced in Lagos metropolis if, the three modes of transportation, rail, road and water ways are effectively integrated to complement one another to improve traffic management. Commuting the over 20 million Lagosian via road transport only has, thus far, proven ineffective,” Hon Ladi Balogun said.

According to him, road transportation has been over-utilized, he also added that, “the use of Minibuses (korope), tricycles and Okada (Motorbikes) had mostly compounded traffic management and make traffic management difficult across the major roads in the metropolis.

The LAGFERRY Boss added that “Water ways transportation is an integral component to the development of the Lagos state multi-modal transport system; we have no doubt that the waterways will offer further solution to persistent traffic gridlock on our roads and the ever-growing transport demand in the state,”

Speaking on the operation of the Lagos Ferry Service, which would commence on Tuesday, February 4, 2020. The LAGFERRY Boss listed the service operation routes to include: Ikorodu-Five Cowries Terminal, Falomo Ikoyi Terminal, Ipakodo Terminal, Ikorodu-Ebute Ero Terminal, Jetty-Elegbata–Lagos Island Terminal, Marina-CMS Terminal, among others across the state.