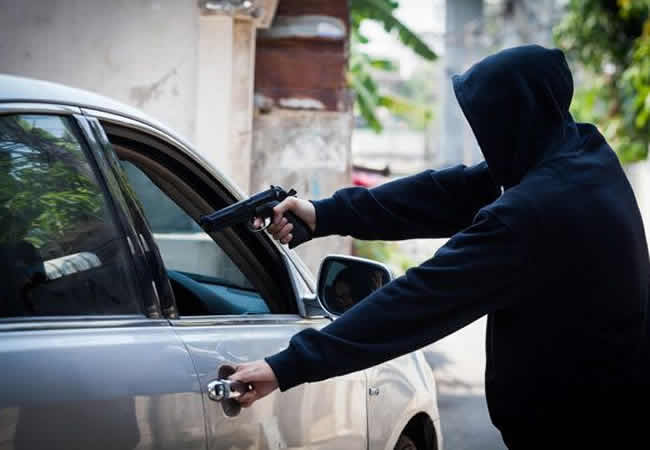 Lagos traffic robbery has been on the increase in recent times. The rising surge has become worrisome for motorist plying some specific routes across the metropolis.  Many road users have fall victims to the robbers, who took advantage of traffic congestion to carryout their evil act. Below are few tips to help you stay safe.

A significant number of Lagosians inevitably derive pleasure from late hour trip for many reasons. Forgetting that one of the key tips of staying safe is to avoid late hour movement as much as possible. Alternatively, if you can afford a security escort for night trips, you are still on the safer side.

According to the Lagos state Police and reviews from experienced motorist, there are some identified high risk routes and flash point zones across the metropolis. Motorist are advised to avoid late night movement in those high-risk routes and try to use alternative routes if possible.

According to a report, the followings are few locations that fall under the high-risk zone to avoid at night, due to the numbers of traffic robbery recorded. Gbagada- Oworonshoki- Ketu routes, Berger and Long Bridge on Lagos-Ibadan Expressway, Mile-Two- Badagry Expressway, Ojota, Murtala Muhammed Airport Road, Costain-National Theatre, Coker-Orile.

Majority of private vehicle owners do attract robbers to their vehicle by displaying valuable gadgets on an easily reachable area in the vehicle. It’s best to always keep all valuables out of sight.

Get in Touch with The Police

In an event where you are trapped in the traffic robbery mess, try contacting the Nigeria Police or Lagos state emergency lines (112 or 199) or visit the nearest Police station to make an emergency report/statement of the incident.

Living or working in Lagos state is not really easy as it seems, but hey! You’ve got to make money, and enjoy your life while making the money. If you’re able to work by the above tips, you should have less worries on Lagos traffic robbery. Thanks!

Learn more on Tips to help you avoid traffic in Lagos.