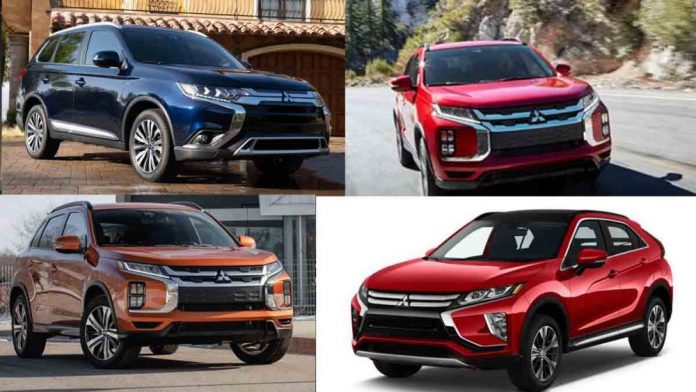 After the previous model year went through a transformative facelift, the all-new 2021 Outlander Sport receives a lot of new features. All models of the Mitsubishi outlander now have automatic high-beams and lane-departure warnings. The base model of the vehicle now has LED fog lights, rain-sensing windshield wipers, and an auto-dimming rearview mirror.  The starting price of the 2021 Mitsubishi outlander sport is ₦11 million – ₦13 million

The Mitsubishi Outlander is one of the latest Mitsubishi cars for 2021, for this year, every all-wheel-drive Outlander gets upgraded Super All Wheel Control. There is also a new SP trim that adds a unique appearance to the LE trim it’s only available for a limited time. All versions of the Mitsubishi outlander get a standard forward-collision warning, lane-departure warning, and automatic high-beams, and also a new 8.0-inch infotainment touchscreen. The starting price of the Mitsubishi outlander is ₦12 million – ₦20 million

Mitsubishi added a rearview camera and a touch-screen infotainment system as standard features for its Mitsubishi lancer. Buyers can now save money with earlier models, but we don’t suggest going earlier than 2014 when air conditioning became standard. The Mitsubishi Lancer has a Starting price of ₦8.6 million