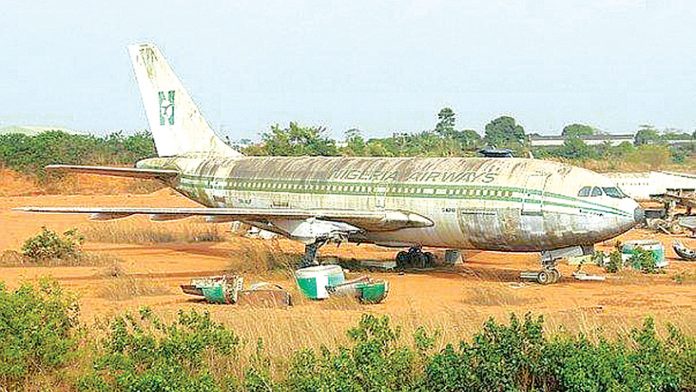 The Permanent Secretary of the Nigeria’s Federal Ministry of Aviation, Engineer Hassan Musa, speaking at the Seventh Aviation Workers ‘Week occasion in Abuja. He described Nigeria Airways Corporation as one of the prestige “positive legacies” of colonial imperialists which if, it was well managed, would have remained one of the major revenue contributor and employment generator to Nigeria’s economy today.

The Seventh Aviation Workers ‘Week occasion held at Abuja also attracted the presence of major aviation industry stakeholders in the private sectors. The occasion theme; “Contributions of the national carrier to the socio-economic development of Nigeria,” usually holds once in every year in the past seven years.

The Permanent Secretary of the Federal Ministry of Aviation, Engineer Hassan Musa used the occasion medium to pledge the commitment of the federal government to reinforce and bring back the glorious days, where the Nigeria Airways was the most preferred choice for Nigerian travelers.

The Permanent Secretary noted that, “You will agree with me that right from the inception of Nigeria’s nationhood, our founding fathers had resolved to sustain some positive legacies of our departing colonialists among which was the existence of a Nigeria airways, national carrier corporation. “Unfortunately, while it was expected that the then Nigeria airways would serve as a cash cow among other major revenue generation sources for the nation’s development.

However, since few decades ago, the Nigeria airways corporation has undergone various degrees of mismanagement, incompetence, corruption, nepotistic tendencies and old-fashioned system of running the aviation business crept into the failure and closure of the airline.

The Permanent Secretary of the Federal Ministry of Aviation, Engineer Hassan Musa draw the attentions of workers to key into the new era aviation industry roadmap and everyone should be part of the great revolutionary history that is currently in the making across all major states in the country.