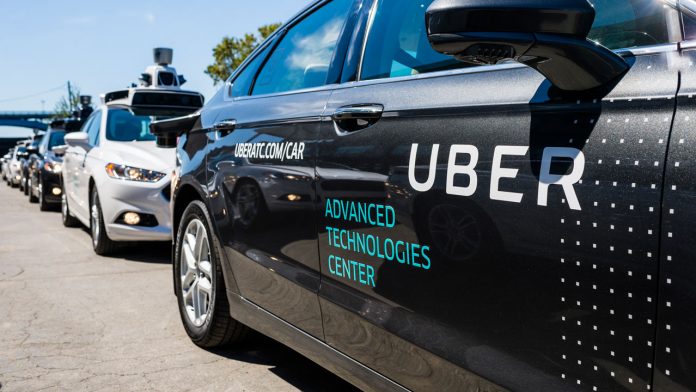 Uber ride hailing startup is one of the fastest growing tech mobility firm operating in many countries including Nigeria.  After the recent Lagos Okada ban law, the Lagos state government is now bent on regulating the taxi ride hailing companies, starting with the Uber driver. Some Uber drivers in Lagos may have to suspend their operation on Monday 10th of Feb. 2020 to sort the recent clampdown law by the Lagos State Vehicle Inspection Services agency.

Two officials of the Lagos State Vehicle Inspection Services reported some days earlier in the week that it’s not a new law. The recent Uber driver clampdown was as a result of re-enforcement of already existing laws guiding the operations of professional/commercial drivers in the state.

According to one of the Uber drivers in Lagos who added that “We are going on strike by Monday, The Lagos state VIO (Vehicle Inspection Officers) are disturbing us too much in recent time with various unnecessary fine charges.”

One of the representatives of Lagos State Vehicle Inspection Services officials said, commercial vehicle drivers and especially those on Uber and other prominent ride-hailing platforms must be officially certified by the Lagos Drivers’ Institute before they can operate in the state due to various ongoing security challenges and increasing number of road accidents.

The Lagos state VIS representative also added that Uber drivers must obtain hackney permits license since, they use their vehicles solely for commercial purposes. He also said added that the Uber company is yet to pay the official operator license fee to the Lagos state government.

Many Uber drivers were lamenting on their recent encounter with the Lagos state VIS officers. Some Uber drivers whose cars were impounded by the VIS officers were asked to pay a fine tune to ₦60,000. Uber driver added that the recent enforcement is hampering their operations and that majority of Uber driver were not aware of the hackney permit and operator license fee laws until recently.

Nevertheless, Uber management reacted to their driver’s recent challenges. The Uber management added that, they are ready to work closely with all relevant stakeholders and the Lagos state government, to ensure that their operations across the state align with the industry best practices and the laws of the state.

Hopefully, things will soon turn out good for the Taxi-Hailing platforms, but it will take their managements some time before they are able to fulfill all the Lagos state law requirements.