Home Autoservices WHY AIRLINE ROUTES GET CHANGED OR CANCELLED

As any frequent flier is aware of, airlines often change their routes. Whereas many major routes between cities remain, flights to smaller cities or some hub airports may change frequently. Below are few of the main reasons why airline routes get changed and canceled.

Airlines will definitely put effort into deciding on new airline routes and destinations. Route planning is a key part of any airline operation and airlines look very carefully at passenger demand forecasts, other competitor activity, aircraft availability, costs, and other factors.

Airlines will often start routes following the plans of other airlines. This can be to maintain their airline brand in the market and to limit other airlines’ abilities to highjack their passengers. With multiple airlines operating the same route, some airlines may well have to withdraw.

Airlines have a limited fleet, with arrangements and acquisitions of new aircraft being a longer process than changing routes. If an airline sees a new route they want to start operating, this will often come at the cost of canceling others, even if they are successful. We all see this several times a year when major airlines announce changes for their next season’s flight schedules.

Route cancellation could occur due to the airline’s economics, rather than specific route performance. Airlines that are struggling financially often cancel their airline routes to lower costs or restructure.

There are many times when route cancellations are outside the control of the airline. Airline route cancellation could be due to the closure of airspace or due to safety degeneration in particular areas. This once happened with Qatar Airways for example in 2017, when several Arab countries restricted the airline from entering their airspace.

DRIVING SCHOOLS IN LAGOS AND NIGERIA 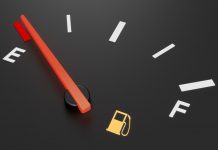 TYPES OF CAR RIMS YOU SHOULD KNOW